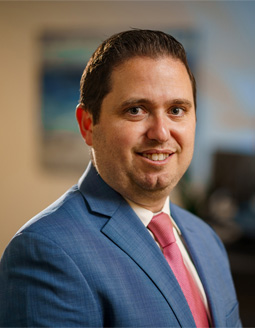 Brian A. Sands is Partner at Morrin & Sands, PLLC.  Mr. Sands had previously joined the Law Office of Daniel Morrin, PLLC in October, 2013.  Prior to joining, he had several other internships including, but not limited to, serving as a Judicial Extern at the United States District Court of the Eastern District of New York for the Honorable Leonard Wexler.  Additionally, Mr. Sands worked several summers and winters as a law clerk at the law firm Sandra Sands & Associates, PLLC.

From Touro College Jacob D. Fuchsberg, Mr. Sands earned his Juris Doctor in December 2012.  He was a Staff Member of Touro Law Review and also made the Deans List.  He was in the accelerated studies program and was active in school activities.  He was a member of the Environmental Law Society and participated in the Volunteer Income Tax Assistance program (VITA).